The History Of Makeup: An Overview

Tell Others About this page...

Why delve into the history of makeup? As with every good course in high school or university, you’ll always find a theory section.

This is where we delve into the history of makeup development. We briefly look at the changes that have lead us to today's make up trends and formulations.

Let’s see what has been, and even more importantly, what should never be again!

Beauty has always been sought after. This is true although the ideas of what really constitutes beauty are subjective.

They differ across different geographical areas, cultures, groups, and individuals.

Here we are going to concentrate on how makeup and cosmetics have evolved through time.

Researchers believe that the beginnings of cosmetics history were rooted in practical uses.

These include cleanliness, protection, ritual, and eventually evolved into adornment.

Cosmetics For Hygiene, Protection, And Rituals

The earliest forms of cosmetics were oils and perfumes extracted from different flowers. The oils were used to clean the skin. This is actually still a relevant use even today. I still use baby oil as eye makeup remover or erm- to clean my baby’s bumJ.

Oils and fat were also used to protect skin from burning in the sun, and alleviate muscle pain. Today we still see the use of oils in massage parlours. Only, we see them as more of a luxury than a necessary health habit!

It is also believed that the Egyptians applied kohl around the eyes for protection from dust and bugs in the eyes. 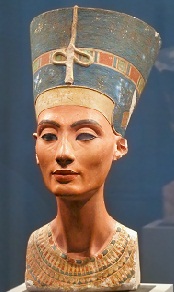 Then there were the pigments made from different sources. For example, the Romans are believed to have used ‘rouge’ on their cheeks. Perhaps for the purpose of performing rituals.

How they would do this is, take a bit of ochre, rub it against a regular smooth stone, and the color comes off. They’d then take this color and apply it on their faces. Easy peasy…

Towards the late middle ages, European trends were those of a pale face. This was to indicate that one does not have to be out in sun doing dirty work. The foundation makeup was made from different ingredients. Some was made using a mixture of flour and rosewater, while some employed more dangerous methods- a combination of chalk and lead oxide!

Unlike the Egyptians, their eyes seem not to have been lined, but their eyebrows and hairlines were plucked. How? Using razors, tweezers, and depilatories which were in use during the time.

For the lips and hands, a balm made from beeswax and scented oils was made to keep them soft and supple.

During the Elizabethan Period, delicate white skin was still the rage, with the trend being cemented by the reign of Queen Elizabeth. The whiteness was enhanced using a foundation made from (highly toxic) lead and vinegar. The reds for the cheeks and lips were derived mostly from cinnabar. This is a bright red mineral from which a vermilion (red) pigment is found.

The lips to 'have' were small and rounded so women would just draw a heart shape over their own lips in the red, and always looked like they were saying mmmmwhah! The pout has made huge comeback as would be seen on Facebook pagesJ ! So you can’t deny that they were onto something there…

In the 17th century women added egg white to the lead and vinegar mixture. This was good for keeping the mixture together, and preventing wrinkles.

Although the slow lead poisoning was bad for health... It was good for wrinkles because you can’t actually smile with egg on your face, can you? If you did-your face would crack!:)

The lead poisoning continued until around the middle of the 19th century. This is when makeup became uncouth for young, unmarried women. It was then used subtly by married women. Heavier eyebrows, which are more natural, came in and the plucked eyebrows went out the door. Lipstick became a no no and hush hush…

During Victorian times, makeup was still frowned upon, although a pale complexion was still in fashion. The foundation laid by the ancients started to evolve only after this slow era in the history of makeup use ended.

The 20th century heralded a new era for female beauty and makeup. The emergence of better formulations for foundation and color cosmetics opened up a whole new(and less toxic) world for women. Vintage makeup trends evolved throughout the century from ladylike to rebellious in tandem with the status of women in society.

More about the history of makeup in the 20th century…

Back to Makeup Know How Home

Didn't find what you were looking for? Search this site...

Sign up for continuously putting your best face forward with our monthly e-zine...:)