Tell Others About this page...

How does the 20th century woman’s journey look when viewed through our vintage makeup lens?

As the beginning of a snowball effect in new and exciting makeup development.

Personally, I often find myself in my grandmother’s closet admiring materials and pictures from the past. Since I wouldn’t like to back (there wasn’t actually much choice for a brown skin girl then), I’m happy to just emulate these looks in a modern era.

There are better formulations and shades, juicier lip gloss, individual eyelash extensions, and freedom for everybody…!

You are going to find out about the looks for the most popular eras’  with tutorials to follow.

If you're looking for a real peek into the history pages, check out actual restored makeup guides from glamourdaze. These are guides produced in their respective era's for women living in that time. The whole bundle from the 1920's to the 1950's costs just under $20, while individual guides are just under $10.

They will give you a real sense of the ideas and practical instructions on beauty in the vintage era... I have them, and found it an interesting read, which was much more than I expected:)

Vintage makeup transformed from helping a woman to live up to the then traditional feminine image, to an expression of womanhood from within the individual.

This was made possible by the sheer variety of makeup, plus its growing availability. There were so many products that were first developed in the 1900’s, with development and advertising feeding off each other.

The Emergence Of Commercial Vintage Makeup

In the early 20th century, stage actors were the main users of makeup. The most well known formulation that they used was greasepaint.

It was made from zinc, yellowish or brownish pigment, and fat. They used it to hide the joint between their wig and forehead.

A man named Maksymilian Faktorowicz came down from Poland and founded the cosmetics company Max Factor.

The company went on to develop the first flexible greasepaint. This eventually led to powder foundation later dubbed ‘pan-cake makeup’. It helped the actors look better on film and in close-ups.

Max Factor went down in the history of makeup as the father of cosmetics.

This for creating makeup that could be matched with the user's skin.

This, as opposed to the all encompassing ‘Cosmetics’.

To begin with, makeup was popular among actresses. They set a new standard of beauty on screen and off.

So naturally, the rest of us normal ladies wanted what they were having!

This led to makeup being advertised and sold to the public. Even then, it still had to be discreet so that the face seemed ‘natural’.

This ‘natural’ look is actually the whole point of makeup today…. I want to look like I was born with these purple eyelids and also kept the pore less skin from that day of my birth…!

The 1920’s saw the rise of the flappers. The word generally refers to a woman who has just reached maturity, or a ’rebellious woman’.

This was a movement where women were making a statement against the traditional view of womanhood.

The producers of makeup also fueled its popularity through advertising. That’s because advertisers appealed to women to start thinking - hey, you may need to touch up here or there to enhance that 'natural beauty'...

It ‘s interesting to see that even with the guise of rebellion, men still dictated women’s beauty standards using the old ‘make her think she came up with it’ trick!

Okay let me be fair though. Any development that gives us better and more varied tools to represent ourselves in everyday life is a worthy one.

Our favourite icon representing this era has to be Clara Bow because- well, she was the first ‘it’ girl…

In the 1930’s, the look became more ‘made up’. Penciled in eyebrows came into fashion, while blush became softer. The red lipstick also stayed of course.

Also, a very important development on our vintage makeup timeline was made…

…LIP GLOSS was introduced to the world by Max Factor!

What would a being teenage girl be if we didn’t have lip gloss today huh? What would a 20-something year old me be without delicious smelling (and tasting) strawberry lips be? 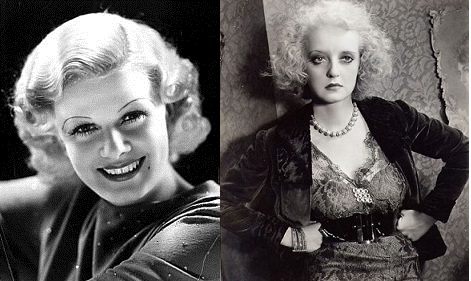 The beautiful Jean Harlow and edgy Bette Davis looks are our picks for the era.

The first half of the 1940’s fell smack bang into the middle of a world war, and was a time of scarcity. Women were starting to take on men’s roles in industry. Beauty became associated with a natural (more practical) look, although bright red lips were still a mainstay.

At the same time, this was also the era of the sexy hot pinup. These pinup girls saved soldiers abroad from that sickness you get when separated from the female form for an extended amount of time (insanity)... 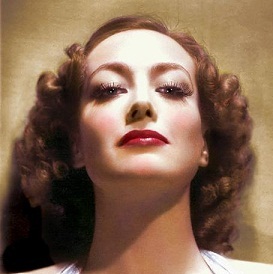 Joan Crawford is a great carrier of the era for her representation of Mildred Pierce.

I really loved the other adaptation with Kate Winslet.

We also saw black women starting to come into the makeup mix. A big problem being that makeup was based on white skin.

So you saw lighter skinned black women wearing makeup that would be more suitable for white skin. So in terms of the vintage makeup available then , you would be better served if you were light skinned. 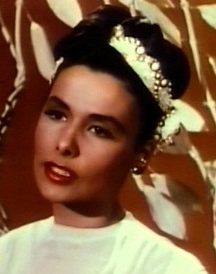 Lena Horne was one of the first black women in the movies to gain some sort of bearing.

Her light skinned aesthetic was the epitome of beauty for a black woman in a racially restricted entertainment industry.

The general look was still the same though. Pale, clear skin and those yummy red lips.

She went on to become another woman to define he life in the music industry. That's why we love her...

The 1950’s were the Holywood bombshell decade. Porcelain skin and sensual makeup were telling features of the time.

A pretty and natural face, with groomed eyebrows was paired with intense lipstick. The look oozed glamour and sophistication.

Our three leading ladies worked hard to become notable actresses and have had a lot of influence on many women's vintage makeup aspirations!

If only their hot, sexy confidence came readily packaged in a jar... 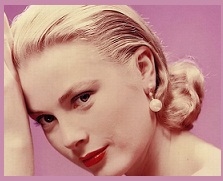 The 1960’s saw two general transitions from the glamorous ‘natural’ makeup of the 50’s, into the mod, and the hippie look.

The eyes came more into focus replacing the delicious lips from the 50’s and beyond.

For the Mod London vintage makeup look, thick false eyelashes, thick eyeliner, and color became the order of the day. Dramatic and colorful eye makeup was a staple for a girl living in this time. 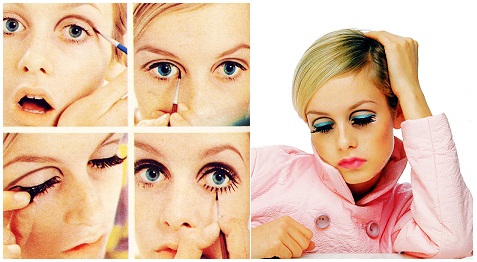 Twiggy is the obvious poster girl for the 60’s with those unbelievably wide eyes and painted bottom lash look.

Diana Ross is also a great icon depicting this 60’s vibe. Those eyes are hypnotic!

From the 70’s to date, trends changed so many times! Beauty became an even more sought after commodity and is available in so many variations it’s exhilarating.

Vintage makeup is but a small fraction of the possibilities, a refreshing one when done well...

From Vintage Makeup Back to Makeup Know How Home

Didn't find what you were looking for? Search this site...

Sign up for continuously putting your best face forward with our monthly e-zine...:)